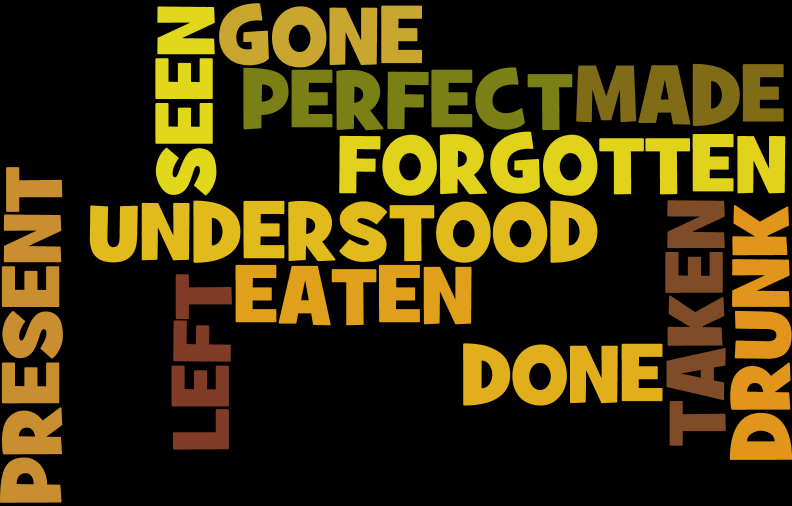 Hey everyone! This post is for those who have nightmares with Present Perfect. Some of my students think they will never learn it but the key is practice. I hope you can realize that it is not such a monster and start using it in your everyday English. If you have difficulties in memorizing some irregular verbs, take a look at this list once in a while.

Aff: You have seen that movie many times.

Q: Have you seen that movie many times?

Neg: You have not seen that movie many times.

USE 1 Unspecified Time Before Now

How Do You Actually Use the Present Perfect?

The concept of “unspecified time” can be very confusing to English learners. It is best to associate Present Perfect with the following topics:

We often use the Present Perfect to talk about change that has happened over a period of time.

We often use the Present Perfect to list the accomplishments of individuals and humanity. You cannot mention a specific time.

TOPIC 4 An Uncompleted Action You Are Expecting

When we use the Present Perfect it means that something has happened at some point in our lives before now. Remember, the exact time the action happened is not important.

Sometimes, we want to limit the time we are looking in for an experience. We can do this with expressions such as: in the last week, in the last year, this week, this month, so far, up to now, etc.

USE 2 Duration From the Past Until Now (Non-Continuous Verbs)

With Non-Continuous Verbs and non-continuous uses of Mixed Verbs, we use the Present Perfect to show that something started in the past and has continued up until now. “For five minutes,” “for two weeks,” and “since Tuesday” are all durations which can be used with the Present Perfect.

The examples below show the placement for grammar adverbs such as: always, only, never, ever, still, just, etc.

Click on this funny video to review what you’ve learned.

Click HERE to play with Quizlet and practice more!