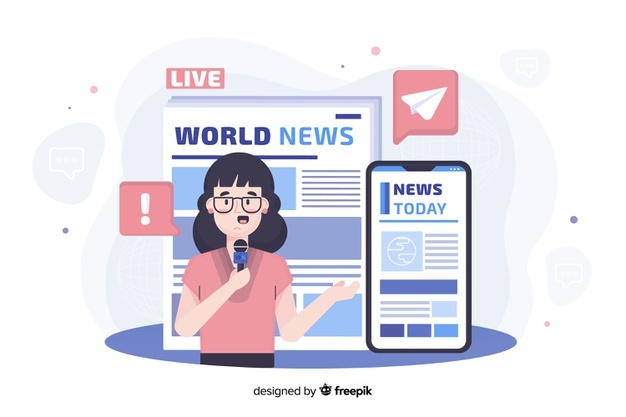 Phrasal verbs are idiomatic phrases consisting of a verb and another element, typically an adverb or a preposition, or a combination of both. They are widely used by native speakers of English so it’s a good idea to try to learn some of them.

We’ll see some of the basic phrasal verbs to describe Reporting in the Media in this post. I’m sure you’ve already heard some or maybe all of them and will be able to understand the meaning by the context, so here we go!

BRING ABOUT – cause to happen. (ocasionar, causar)

Some people’s lack of awareness has brought about a major public concern.

New safety measures have been called for.

CALL IN – ask someone to come somewhere to do something. (chamar, convocar)

The government made an announcement to call in the public’s attention.

We had to call off out plans last year due to the pandemic.

The strong variants came after the main virus.

COME UNDER – be exposed to, suffer. (sofrer, ser submetido a)

So many people have come under a lot of pain during this pandemic.

GET AROUND – circulate, spread out. (circular, espalhar)

The virus is getting around much faster now.

We must look for a solution to this problem.

Some people make up stories just to get popular.

We met with one of the worst times ever.

The TV channel put out the news this morning.

RESULT FROM – be the outcome. (resultar de)

The problem resulted from a shortage of vaccines.

RESULT IN – lead, bring about. (levar a, resultar em)

The disease resulted in a global pandemic.

There is a prejudice that runs through our society.

By the time the news were given to the public, panic had set in.

The government has to step in to protect the people.

The situation is turning into a nightmare.